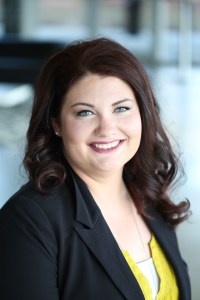 Becca Stiles-Nogosek is a small business owner & community development contractor. She previously served as the Development Events & Volunteer Manager for the Minnesota Children’s Museum Rochester. Previous to her work at the children’s museum, Becca was the event coordinator at the Rochester Area Chamber of Commerce, a facilitator with the Diversity Council and worked at The Rochester Civic Theatre. Becca was also a Special Education Paraprofessional with the Rochester Public Schools for several years. As a former employee of ABC, Becca is honored to serve a great organization and its individuals in a different way.

Becca has a great passion for the Rochester community and serving and advocating for all its community members.

Dee Vazquez Sabol is Executive Director of the Diversity Council, an organization promoting diversity as a foundation for building a healthy, inclusive and prosperous community.

She has been engaged in work on behalf of individuals with disabilities throughout her career both in Minnesota and Colorado. She has an adult son with a disability and has played the role of advocate and educator on his behalf and on behalf of others navigating systems and services.

Dee has a Masters Degree in Nonprofit Management. She also has a private fine art and design studio, a patient husband, two sons and a small menagerie. She is committed to responsible and equitable growth in the Rochester area.

John Caldwell is Senior Commercial Lender with Bremer Bank in Rochester.  In this role, he oversees the bank’s credit administration and underwriting departments.  After graduating from St. Cloud State Univ. he had the opportunity to live and work in Sacramento, CA until 2003, when he returned to St. Cloud and met his wife Shelly in 2008.  They have lived in Rochester for the past five years and have enjoyed being part of the vibrant community.

He is also on the Board of Directors and Finance Committee for The Reading Center/Dyslexia Institute of MN and appreciates the opportunity to serve the Rochester community.  In his free time John enjoys officiating high school and college football, golfing, and traveling to warm climates during the winter months.

Jeff is a former neuropsychologist at Mayo Clinic in Rochester, Minnesota, where he worked since 1988 up until his retirement in 2018.  Before coming to Rochester, he worked at the Clinical Science Center at the University of Wisconsin in Madison. Since the mid 1970’s, Jeff’s career has focused on working with people who have disabilities. He has had a particular interest in working with people who have acquired brain disorders, including traumatic brain injury. Jeff has served on the board of a number of nonprofit organizations, and just completed six-year terms on the boards of Minnesota Brain Injury Alliance and Minnesota Stroke Association.

Jeff and his wife Terry have been married for 40 years. They are the proud parents of six children, and have been blessed with 11 grandchildren (so far).

Courtney is an estate planning, probate, and litigation attorney with the law firm of Wendland Utz, Ltd.  Courtney focuses on working with families who have suffered loss and conflict.  Courtney helps families navigate their way through the complicated and overwhelming legal system – or to avoid it altogether with an estate plan.  Courtney recently co-wrote a chapter on the SECURE Act for MinnCLE, Minnesota’s leading CLE resource for attorneys.  Courtney also regularly presents at CLEs for state and county bar associations throughout Minnesota.

Courtney is licensed to practice in both state and federal district courts in Minnesota.  She is a former Judicial Law Clerk to the Honorable Gordon W. Shumaker and Larry B. Stauber, Jr. with the Minnesota Court of Appeals.  Courtney lived and practiced law in the Twin Cities for 20 years before returning to her native Rochester three years ago.  Courtney and her husband, Rodolfo, are parents to a sweet baby girl.

Prior to her experience with the Mayo Employees Federal Credit Union, Jennifer worked at the City of Rochester for nine years where she served as the Assistant Director of Human Resources. In this position, Jennifer worked closely with designated department leaders as a strategic business partner providing expert-level consultative services that contributed to the achievement of citywide and departmental business goals. She also provided expertise in organizational development and change management initiatives designed to support strategic plans and enhance leadership effectiveness. In addition to her public sector work, Jennifer has considerable experience in private sector human resources working with agencies specializing in health care for vulnerable adults. Considering the variety of human resources functions she has performed throughout her career, Jennifer is most passionate about her work in organizational and leadership development.

Jennifer earned a Bachelor’s degree in 2004 from Upper Iowa University where she double majored in Human Resources Management and Human Services. In 2008, she received a Master’s degree in Human Resource Management from St. Mary’s University. After beginning her work in the public sector, Jennifer completed a certification program from Metropolitan State University in public sector Human Resource Management in 2011. Most recently, Jennifer was certified as a Myers-Briggs Practitioner in 2016 and continues to use this training to provide formal and team-based education citywide.

Outside of the workplace, Jennifer enjoys reading, cycling, and fashion. She also spends her time away from work painting and decorating her home, which she shares with her husband, Jim, thirteen-year-old son, Kael, and dog, Stewie.

Judy Tollefsrud is a long time resident of Houston County with an extensive background in the disability field having worked at ABLE and as a past ABC Board Member. Judy is currently a tax professional with H&R Block. She has recognized the need and importance of having board representation from Houston Co and is excited to be re-joining the ABC team.

Tracy Schramm is a manager in the IBM Global Support Center. Prior to her current role, she was a Resolution Manager in the Power Systems Project Office handling complaints from clients. While at IBM, she has had temporary assignments in development and an international assignment at IBM Mainz in Germany. Tracy holds a Bachelor of Science in Computer Science and a Bachelor of Arts in Spanish from Southwest Minnesota State University. In addition, she holds a Masters of Information Systems and Management from the University of Phoenix.

Tracy is very passionate about serving the community, and ensuring that people with disabilities live the life that they wish to live. Tracy is very active with the People with Diverse Abilities group within IBM. She is also a member of the Citizens Advisory Committee on Transit, a member of the Diversity Council Advisory Board. In addition, she and her mobility assistance dog, Gidget, are active volunteers at Assisi Heights and Can Do Canines. 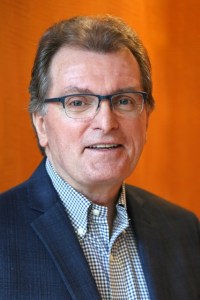 Dennis built a career in the medical device industry, where he has worked as a manufacturing representative and VP of Sales and Marketing and Founder with startup medical device companies. He grew up in Rochester and lived in the area until relocating his family to Eden Prairie, where he and his wife raised three boys, the youngest being non-verbal with Cerebral Palsy and hearing loss.
After returning to Rochester in 2010, Dennis became active in the community serving on neighborhood boards, Rochester Civic Music board and Veterans and Emergency Services Museum board. Following his fruitful career in the healthcare industry, Dennis obtained his license in Minnesota and Wisconsin and is currently active in the real estate industry. He enjoys spending time with family, his four grandchildren and frequent trips to Colorado to enjoy the Rocky Mountains.
Brandace Witherspoon 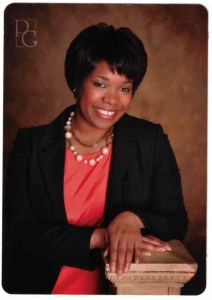 Brandace Witherspoon is an attorney with the Law Office of Brandace A. Witherspoon, P.L.L.C. Her practice focuses on advising and helping individuals and families through the legal process in various areas of the law. Prior to solo practice, Brandace worked as an associate at a law firm in her home state of Mississippi where she represented clients seeking Social Security Disability and Supplemental Security Income benefits.
Brandace is passionate about advocacy and representation of disabled children and adults. Brandace enjoys serving in her local church and spending time with her son, friends, and family. 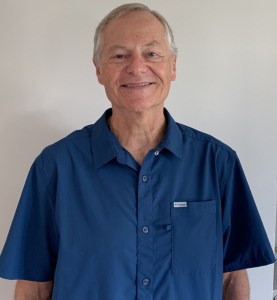 After 42 years at Mayo, Michael O’Brien retired in 2019 to spend the summers with his two grandsons in Rochester. At Mayo, Michael  worked as a Social Worker for 21 years and the remainder of his career as an Administrator. In both roles, Michael had interactions with ABC Leadership.

At Mayo, Michael also worked along side ABC’s current past president Jeff Smigielski. Michael is from Iowa and has a farming background. In his recreation time, Michael enjoys being outside. Michael is a currently teacher  at Augsburg University. Michael has served on a number of Community Agency Boards over the years and looks forward to contributing to ABC’s mission.

Please check the Careers at ABC page for open positions